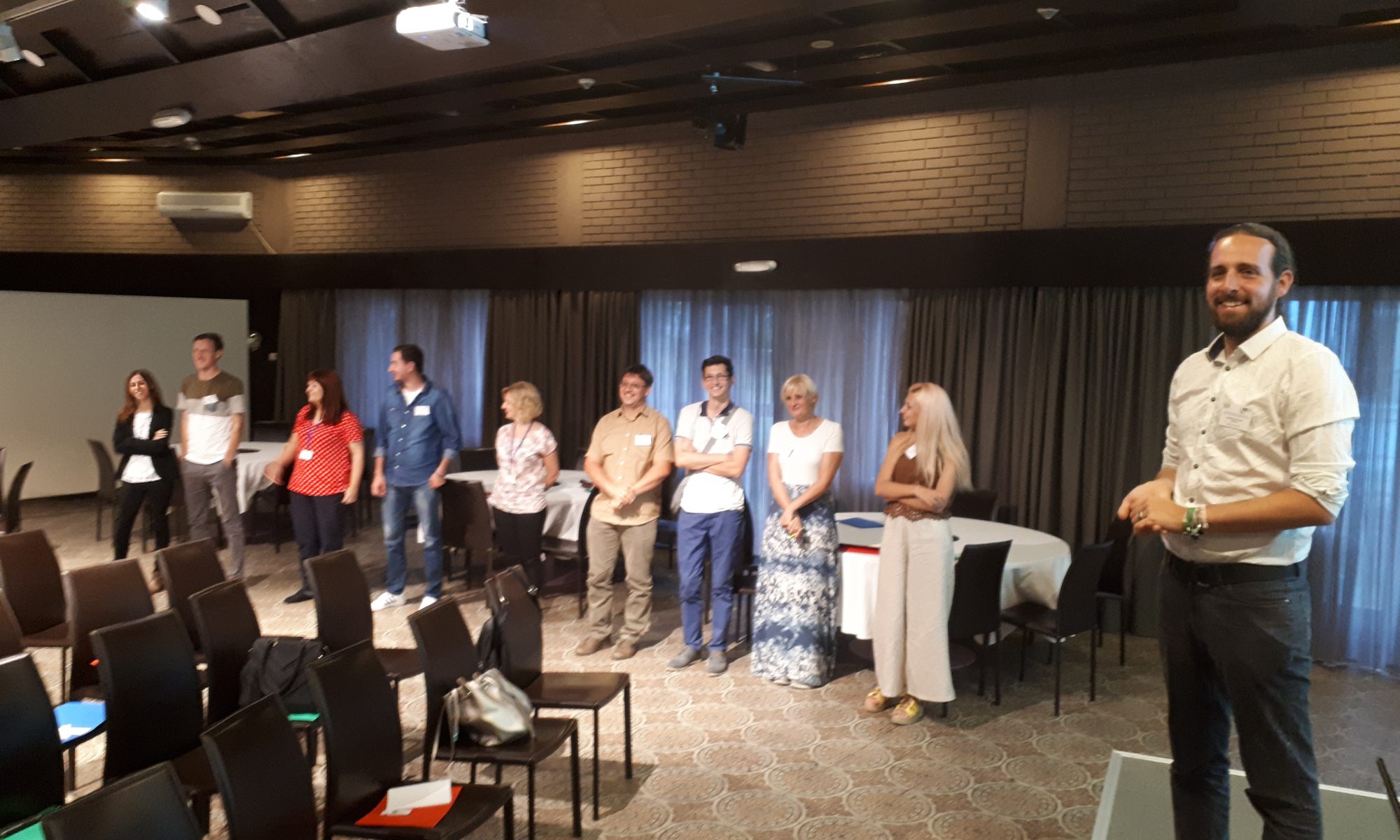 When I left my job at EUROCLIO, one of the most touching good-bye’s was in the Balkan. In Topola, Serbia, to be precise. Individuals with whom I had worked closely for over ten years were sad about my decision. After all, I had in  way fallen in love with ‘the region’, it’s people, it’s black humor, it’s food – and it’s attempt to make something positive happen, amidst a quite dire situation of brain-drain, corruption, nepotism and political mud all over the place.

Last week I had a chance to return to ‘the region’, and see many of my friends again. This time, however, things were different. This time, there was no international organisation to set the stage, create the objectives and steer towards an outcome. It was a project imagined by five history teachers associations (Bosnia, Kosovo, Macedonia, Montenegro and Serbia), and funded by the Western Balkan Fund – a funding instrument at least partially bankrolled by the States.

The seminar had four educators from each of the five counties, who were almost entirely selected based on the quality of a model lesson plan they submitted for review by a regional board. The theme was the lessons learned, or not learned, from Yugoslavia, which would have existed 100 years in 2018. I really liked the approach which was chosen that allowed all educators to present their lesson plans to one another in open-for-comment sessions, only to be followed at the end of the two days with a detailed scoring card, which allowed all participants to assess the learning outcomes, innovative pedagogy and applicability of the developed workshops. The sum of all scores lead to an ultimate winner who also received an award of €300,- for her fine work (Congratulations Fetnan Dervis, and thank you for the nice words).

I myself took the opportunity to listen to the five association leaders about what drives them to continue, how they reflect on the regional cooperation in history education so far, and what they hope to be able to do in the future. The result of my short interviews is this quickly thrown together documentary.

Being there as a “EUROCLIO Ambassador”, and without the responsibility to manage the event, really showed the changed dynamic amongst the regional group. Trust, as Bojana puts it in the interview, fueled the mutual confidence that, despite lack of funds, lack of political will, lack of appreciation by authorities, the road that this group of people is on – and has been on since 2003 and earlier – is a good one.

After all was said and done, this time, the goodbye’s were hopeful, relaxed, easy. We see each other next time. Like Dubioza says: No Escape from Balkan.